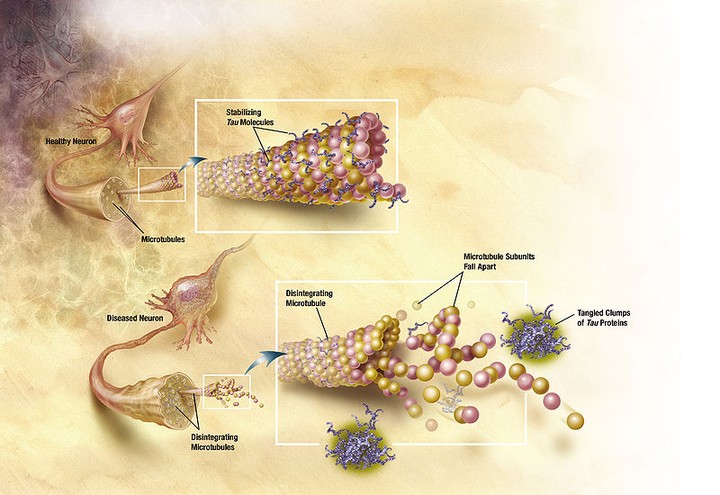 Purpose: Tauopathies, with Alzheimer’s disease as the most common neurodegenerative disease, are caused by the abnormal folding and aggregation of proteins that seed themselves and spread throughout the brain in a prion‐like manner causing irreversible neuronal cell death and progressive neurological symptoms. Accumulating evidence indicates that these earlier aggregated species are the true toxic species, behaving as invisible killers, given that we lack a robust technique for their detection. Based on a recently developed assay, the alpha‐synuclein proximity ligation assay (AS‐PLA), for the specific visualization of α‐synuclein oligomers in situ, we have now developed a relevant assay (Tau‐PLA) for the histopathological visualization of a range of tau pathology, including the previously invisible early tau aggregates, in situ with anatomical and subcellular detail. Purpose of this study is the detection of early and previously unreported tau pathologies contributing to the progression of AD.

Results: The results revealed the appearance of early forms of self‐interacting tau pathology, occurring far before the onset of several standard histopathological markers.

Conclusion: Tau‐PLA detected self‐interacting tau aggregates in situ in P301S mouse and post‐mortem AD human brain. In contrast to standard histopathological markers, tau‐PLA detected a previously unreported early type of tau pathology and revealed an extensive early tau pathology in anatomical brain regions that appeared to be unaffected. Finally, this novel assay revealed that tau self‐interaction does not occur physiologically in human brain and it is a pathological event.